The election to the ‘Student Council’ 2019-20 was held on 15th of June 2019 in St. Aloysius High School, Kodialbail, Mangalore.
Nomination was filed and campaign took place for many days in school. The candidate presented their manifestoes on the days of election and supporters spoke on behalf of them.
The Following students were declared eligible to contest in the election for President, Vice President and Secretary of the students Cabinet 2019-20.
1 AARON JEETHAN D’SOUZA 10D
2 ANOOP A RAO 10D
3 NADITHA S 10E
4 TANISHQ TARUN 10E
5 DAPHINE MELISSA D’SOUZA 10D
6 ZAIN MOHAMMED RAFI 10E2
7 ZEESHAN ZAKARIYA AHMED 10D
8 JIYA MELITA FERNANDES 10D

On the day of election all the candidates through their inspirational speeches made known their talents, abilities and leadership qualities to all the students and requested to caste their valuable votes for them.
After casting their votes in ballot paper in their respective booths students gathered near the school. Students presented pre-poll opinion taken by special panellist of our school with the leadership of Mr. Lancy D’Souza and team.
After counting the Votes by Chief Officers with the leadership of Mr. Francis Mascarenhas and Team, the result was announced. Accordingly Zain Mohammed Rafi was elected as President, Nandita S as Vice- President and Aaron Jeethan D’souza as Secretary.
Rev. Fr. Gerald Furtado S.J., the Headmasters of our school was the chief election commissioner, Mr. Gopalkrishna S., the Assistant Headmaster was the Deputy Chief Commissioner, Mr. Praveen Cutinha was the returning officer and all the teachers were polling officers.
Interview of the candidates on the day of election was taken by Mr. Praveen Monteiro and Mr. Lancy D’souza.
The entire process of election was planned and organized systematically by Mr. Praveen Cutinha with the support of Headmaster, Assistant Headmaster and all the staffs.
The entire programme was hoasted by Mr.Lancy D’Souza, the English teacher of our school.
All in all the students experienced the real value based voting system of the nation in a democratic set up.
***************** 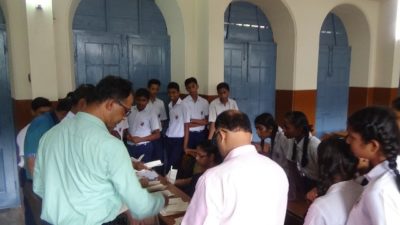 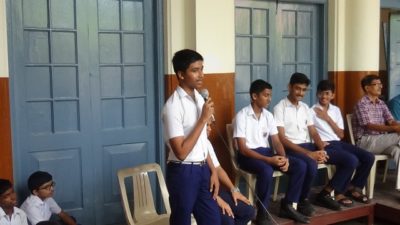 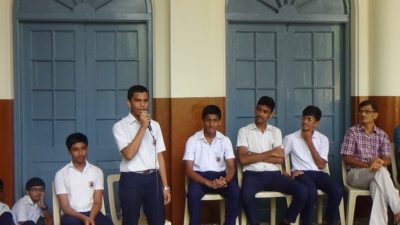 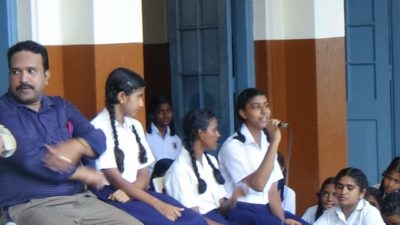 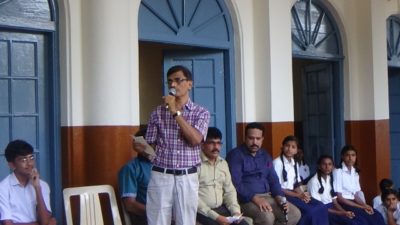 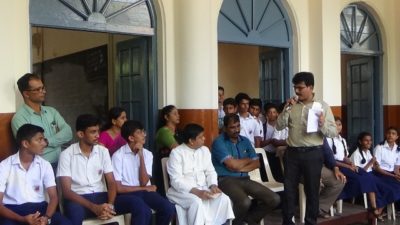 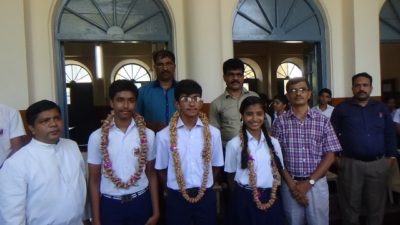