1.   2nd place in Karnataka music competition on the remembrance of Krishna.

2.   Runner up prize in Wealth Out of vast Competition conducted by IMPULSE-13.

4.   Secured 1st place on the occasion of Ganeshostva in Devotional songs.

5.   On occasion of Brahma Shri Narayana Guruvarya’s 158th birthday a Folk Singing was organized in which he secured 1st place. 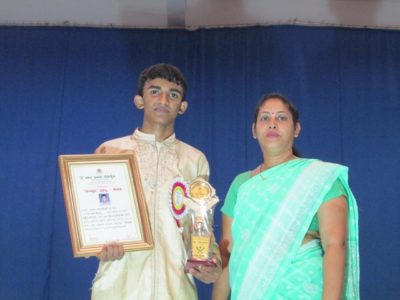