To quench the thirst pure water makes healthier than polluted water.  Keeping this aim the school had a vision and it is fulfilled by Old students of the Class of ’69 (students who were in the 1st standard in the year 1969) of St Aloysius High School donated a pure drinking water facility at their Alma Mater.  Two water coolers each with the capacity of 1000L.  The installation consists of Ultra Violet water purification system to purify 600 Ltrs per hour. The water is stored in 2 water tanks of 600 Ltr capacity each and dispensed through 5 taps in each tank. The project cost of Rs 1 Lakh came from 20 class mates from “Class of ‘69”. The project was initiated by Ranganath C Kini and completed by Sumith S Rao with the help of the classmates of “Class of ‘69″.  Goup of classmates comprising Sumith S Rao, Ranganath C Kini, Ivan Fernandes, Vidyadar Nagvekar and Sunil Bhandary formally handed over the installation to the school headmaster Fr. Edward Rodrigues in the presence of teachers and students on Wednesday March 20.  The institution is ever grateful for the good cause.

Two water coolers each with the capacity of 1000L and 25 taps were placed at St.AloysiusHigh School by the class of 69. Class of 69” is the energetic Aloysians who joined 1 standard in the year 1969 and even after 44 years cherish the school day memories and hold the hands of their classmates with great joy and pride. Sunil Bhandary, one of the members of the group proposed the idea of the get together in 1998.

Sushit Kumar, student of class VIII of St. Aloysius College inaugurated the water cooler for use by cutting the ribbon here at the High School premises on March 20. Sumith S. Rao, Sunil Bhandary, Ranganath Kini, Vidhyadhar Navakaker, Ivan Fernandes of Class 69 were present on the occasion. The Head Master, Faculty and Students were also present. As soon as the inauguration was over the students made use of the water cooler which was gifted to them by their seniors.

“With the help of the photograph which was taken when they were in class I Sumith Rao, Sunil, Ranganath Kini, Vidhyadhar Navakaker tried to trace their classmates. Almost 25 classmates were traced and they met after 30 years in 1998. From then on, every year the groups meets and now has more than 88 class mates coming together every year. The get- together generally happens in the month of January as most of them who are abroad come on vacation can join the Class of 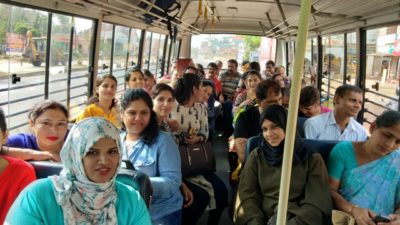 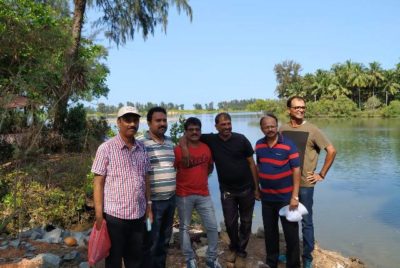 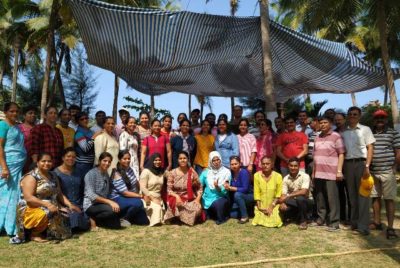 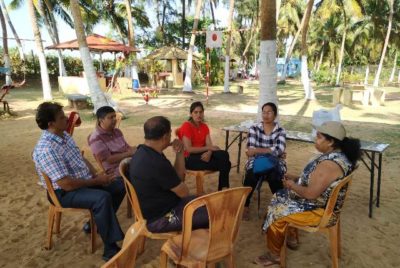 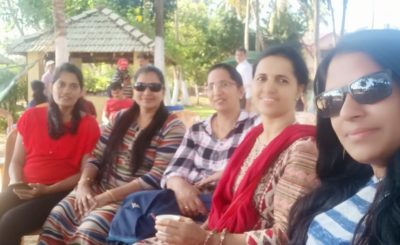 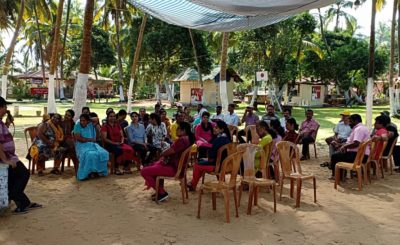 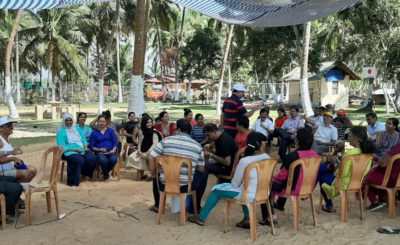 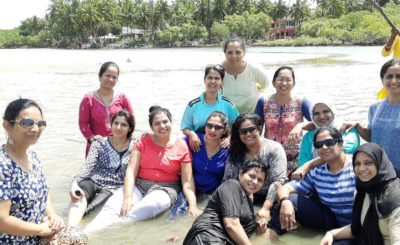 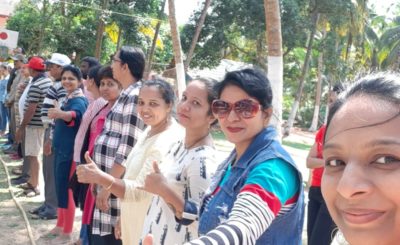